What Are the Most Common Types of Theft?

Theft is a crime, punishable under Florida statutes. Theft often comes in many forms. The most common types of theft vary depending on the location where it took place and the circumstances of the theft and arrest.

Here are five of the most common types of theft:

Shoplifting is the act of taking goods from a store without paying for them. It is one of the most common forms of theft, especially in retail settings. Shoplifting ranges from small items like lipstick and makeup to larger items like electronics or clothing.

Pickpocketing is a form of theft that involves stealing someone’s wallet, phone, or other personal belongings while they are distracted or unaware that the theft is occurring. Pickpocketing typically occurs in crowded places like public transportation, entertainment venues and events, and especially tourist attractions.

Burglary is breaking in somewhere to steal something. Burglary often ranges from the simple theft of valuables to more complex crimes like home invasions or armed robbery.

Vehicle theft involves taking a car, truck, or another vehicle without the owner’s permission. Grand theft in Florida can be committed by joyriders who take a vehicle for a short time and then abandon it or by more organized criminal groups who steal vehicles for resale or reuse.

Identity theft involves stealing someone’s personal information to steal from them, committing fraud, or other crimes. Identity theft is often committed online, through mail or phone scams, or in person through the theft of wallets and important documents.

Generally, the most common types of theft involve the theft of physical goods or property. However, with the increasing use of technology and the internet, identity theft has become a significant issue. Theft is a serious crime that can have major consequences for both the victim and the perpetrator.

Other Common Types of Theft

Here are a few more of the most common types of theft:

Employee theft occurs when someone steals from their employer. This can happen by taking company property or fraudulently collecting pay or benefits. Employee theft comes in many forms, including theft of supplies or equipment, embezzlement, falsifying time sheets, and claiming personal expenses.

One of the most commonly depicted forms of theft in the movies, art theft, involves the theft of valuable works of art. These works can be sold on the black market or used to ransom the artwork back to the owner. Art theft can involve the theft of entire collections or individual works of art from museums, galleries, and private collections.

IP theft involves the unauthorized use or reproduction of patented or copyrighted products and ideas. Pirating software, music, games, and movies or the theft of trade secrets or proprietary information are the most common forms of IP theft.

Criminal Charges & Businesses: When is the Time to Call a Lawyer 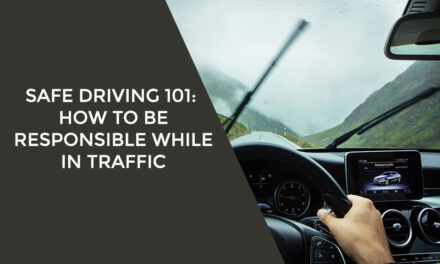 Safe Driving 101: How To Be Responsible While In Traffic